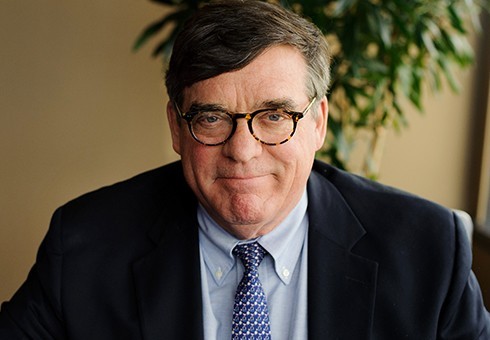 Working on the line at the local Ford Motor Company plant was enough to convince Jerry Murphy to become a “suit and tie guy.”  This, along with having an uncle who was a judge, led Jerry to pursue a career in the law.  He attended Georgetown Law School, where he served as an editor of the Georgetown Law Journal, and worked as a messenger for the United States Supreme Court.  One of his duties as a messenger was to drive Justice William O. Douglas to work every day.  For a number of years after law school, Jerry remained in the Washington, D.C. area, practicing in real estate litigation.  Jerry then moved back to Kansas City, where he developed a highly successful commercial real estate and financing practice.  Respected among his peers, Jerry recently served as vice chairman of the Missouri Bar’s property law section.  In his spare time, Jerry is an avid reader and sports fan, and he enjoys fly fishing.

Jerry is a student of the lost art of civility and has taken special interest in our nation's founding fathers.