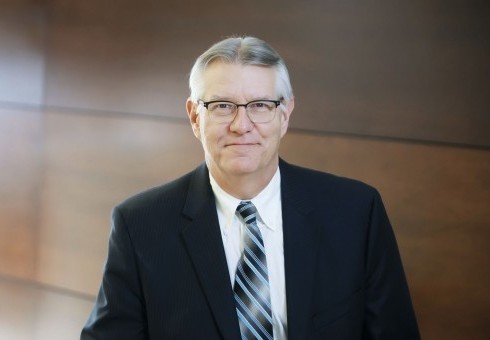 Kip Kubin grew up on a farm near McPherson, Kansas, but realized early that farming was not his calling. He discovered an interest in the law early, when a local attorney started a law explorer group for his Boy Scout troop. After high school, Kip set off to become a lawyer, attending the University of Kansas for both his undergraduate and law school degrees. He is admitted to practice in both Kansas and Missouri and has been practicing law in the Kansas City area since 1983. Currently, Kip’s practice focuses on workers’ compensation defense.

Throughout his career, Kip has represented clients through all phases of litigation involving jury and court trials on both the state and federal levels, as well as administrative courts, the Bureau of Indian Affairs, the National Indian Gaming Commission, and has even dealt with the NCAA. He has extensive experience not only in workers’ compensation but also in employment litigation, Native American law, and personal injury cases.

Kip is a Fellow of the College of Workers Compensation Lawyers and serves on its Board of Governors. He is a former member of the Board of Governors for the Kansas Bar Association and former president of the Johnson County Bar Association. He has an AV rating in Martindale Hubbell, and has been listed in both the Super Lawyers list and the Best Lawyers in America list.

When he’s not in the office or traveling across Kansas and Missouri for hearings, Kip loves to spend time with his family. Cheering for the KU basketball team, trap shooting, perfecting his Big Green Egg meat-smoking skills, and a little bit of ballroom dancing with his wife are just a few of Kip’s fun extracurriculars.

Kip loves to travel. When each of his children turned 21, he took them on the trip of their choice. Favorite so far? Alaska.