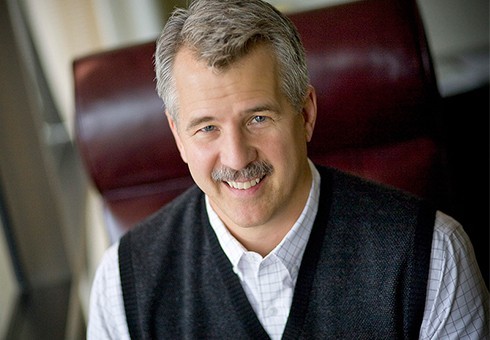 Terry Torline grew up on a farm in western Kansas, where he learned the value of hard work, independent thought, and team effort. As an Eagle Scout, Terry embraces the 12 principles of the Scout law, including trustworthiness, loyalty, and helpfulness. Today, Terry applies those principles to a robust insurance defense practice, representing clients against a variety of claims, including nursing home negligence, employment discrimination, products liability, and workers compensation.

Terry was an Eagle Scout, and still knows how to tie all six of the Boy Scout knots!

Terry has been litigating workers’ compensation cases for more than 30 years, and has represented employers, insurance carriers, self-insureds, and employees. Terry currently represents the Kansas Workers Compensation Fund and has litigated hundreds of cases to the Appeals Board as well as numerous cases before the Kansas Court of Appeals and Kansas Supreme Court.

During the course of his years of practice, Terry has developed a proactive approach in his representation of workers compensation clients. Terry works with the client to obtain the necessary evidence to establish an aggressive strategy, and will move the case to closure as quickly as possible.

Additionally, Terry has had the opportunity to be involved in numerous cases which involve Medicare Set Aside trusts (“MSA”). Terry is very familiar with the rules, regulations and requirements promulgated by the Center for Medicare and Medicaid Services (“CMS”) for MSA creation. He has also assisted in investigating and facilitating the creation of MAS trusts in numerous cases, and has worked with and utilized various vendors who routinely prepare and submit MSA’s to CMS for review and approval.

Terry has represented numerous employers who are charged with discrimination against current and former employees. He has successfully resolved complaints ranging from age, race, and gender discrimination to allegations that employers failed to provide reasonable accommodation to disabled employees. In addition, Terry has experience defending employers against allegations that they retaliated against “whistleblowers,” both before regulatory bodies and in civil lawsuits.

Terry has represented numerous clients in cases involving catastrophic accidents, serious injuries and death caused by automobile and trucking accidents, oil and gas explosions/fires, farm machinery and defective products.  Terry has handled cases throughout Kansas, including cases in the Wichita area as well as cases in western Kansas where he grew up.  Terry has assisted his clients in recovering substantial amounts to compensate them for terrible injuries, disfigurement, large medical bills, lost wages and pain and suffering.  Because he practices in a large law firm with numerous attorneys who are specialized in different areas of the law, Terry has access to resources beneficial to his clients  that solo or small law firm attorneys are unable to provide.

Over the years, Terry has represented nursing homes against various allegations of malpractice.  Nursing homes are governed by extensive federal and state regulations. Terry has litigation experience involving these regulations and in litigating the issue of whether the regulations themselves create private causes of action on behalf of nursing home residents seeking monetary recovery. Terry is also familiar with defending against other claims nursing homes often face, including negligence, breach of contract, Kansas Consumer Protection Act (KCPA), and breach of fiduciary duties.