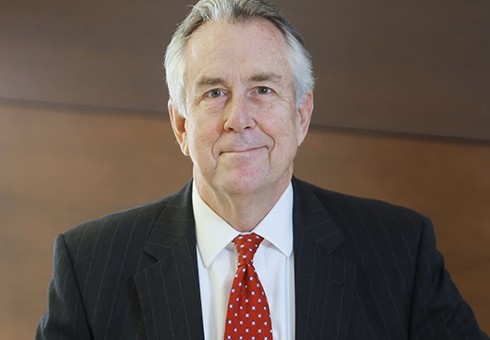 To schedule mediation with William A. Mallory, please choose:

Bill Mallory is a partner in our Overland Park office, where his main areas of practice are business law, civil and commercial litigation, and insurance defense. He has a broad background in general civil practice, with an emphasis on personal injury, insurance defense, and business litigation.

After practicing in Mid-Missouri from 1977 to 1989,  Bill moved to Kansas City, where he focused his practice exclusively on litigation, including substantial experience handling medical malpractice litigation. During his career, he has tried numerous jury trials in Missouri and Kansas and has successfully argued cases before all Missouri appellate courts and the Missouri Supreme Court as well as appearing pro hac vice in other jurisdictions. Bill has tried a variety of cases before judges and juries in state courts in Missouri and Kansas, and in the U.S. District Court in Missouri.

He also provides legal counsel and litigation support to a number of the firm's business and corporate clients. Additionally, Bill provides legal counsel and litigation support to health care providers and medical practice groups. Bill has completed training through the University of Missouri Law School, Center for the Study of Dispute Resolution and is listed as an approved mediator by The Missouri Bar and the U.S. District Court for the Western District of Missouri.

Bill is a talented multi-instrumentalist performing in a classic rock band and supporting his church’s music ministry. Bill estimates he has played “Mustang Sally” approximately 12,473 times . . . and counting.

Bill is an accomplished commercial litigator with experience in contract cases, stockholder disputes, construction litigation matters, and a broad range of professional negligence cases. He has also successfully represented clients in administrative proceedings and in mediations and arbitrations, in state and federal courts in Kansas and Missouri. Bill has also served pro hac vice in Nebraska, Arkansas, Oklahoma, Colorado and other jurisdictions. Bill has a well-earned reputation for vigorous and effective advocacy, grounded in a thorough grasp of commercial law and steadfast attention to the practical realities of business disputes.

Bill has tried hundreds of cases, including numerous jury trials, many of which involve complex legal and scientific issues. He has a successful track record in litigating claims involving both personal and commercial lines of liability insurance, including transportation litigation, homeowners and premises liability, and products liability. He is experienced in litigating and advising insurance clients on insurance coverage issues.

Bill’s practice also includes mediation of personal injury claims, contract disputes and other commercial cases. Over the years, he has developed a good feel for the local legal landscape as well as the complex of interrelated elements that result in a case being successfully tried or settled. Through mediating hundreds of cases as an advocate, he has also gained insight into the factors that allow parties to achieve resolution of their disputes. Bill has represented both plaintiffs and defendants throughout his career, and has settled and tried cases in state and federal court including personal injury lawsuits, medical malpractice, products liability, breach of contract cases, stockholder disputes, construction litigation and many other types of cases.

He has completed training through the Center for the Study of Dispute Resolution at the University of Missouri School of Law, and is listed as an approved mediator by the Missouri Bar and the United States District Court for the Western District of Missouri.