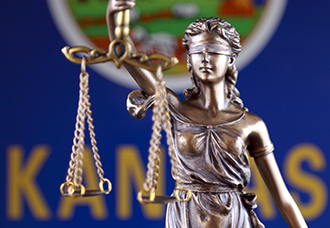 The federal district court in Kansas has confirmed that employers covered by the Fair Labor Standards Act (FLSA) are not subject to Kansas overtime laws. In McGowan v. Genesis Health Clubs Management, Inc., Judge Daniel Crabtree granted a motion to dismiss the plaintiff’s overtime claim under the Kansas Wage Payment Act (KWPA). The Kansas Wage Payment Act is a state law that instructs employers on when and how to pay wages due employees. As the Kansas Supreme Court has explained and as Judge Crabtree mentioned in his opinion, in enacting the KWPA, the state legislature was attempting to fill a gap for employees not then covered by the FLSA.

The KWPA covers a range of payment issues, but most often comes up in litigation when the employer has made certain withholdings from an employee’s paycheck. However, it does not govern the payment of overtime wages. Instead, overtime is addressed in the Kansas Minimum Wage Maximum Hour Law. This law requires Kansas employers to pay overtime wages for any time worked beyond 46 hours in a work week. It essentially is the state law counterpart to the FLSA. However, interestingly, it does not apply to any employer covered by the FLSA. The FLSA has broad coverage and applies to any business with at least two employees doing $500,000 in sales or other business. It also applies to hospitals, residential nursing or medical care facilities, schools, preschools, and government agencies and individuals involved in interstate commerce or domestic service.

In the McGowan case, plaintiff’s counsel relied on a case where a state administrative agency found a violation of the FLSA when a restaurant incorrectly diverted money into and then made improper payments from a tip pool. Based on that FLSA violation, the administrative agency determined there was a KWPA violation because the employer had failed to pay wages due the employee. The McGowan court distinguished this case from the facts at issue because the cited case did not involve a claim for unemployment wages.

Plaintiffs can still raise KWPA claims as alternatives to FLSA claims that do not involve overtime. It continues to be important to review your payment practices and polices to ensure compliance with both the KWPA and the FLSA; however, when it comes to overtime rules in Kansas, the FLSA is likely your primary guide.